(and for everyone else!)

Builder of the Spitfire replica and flight simulator 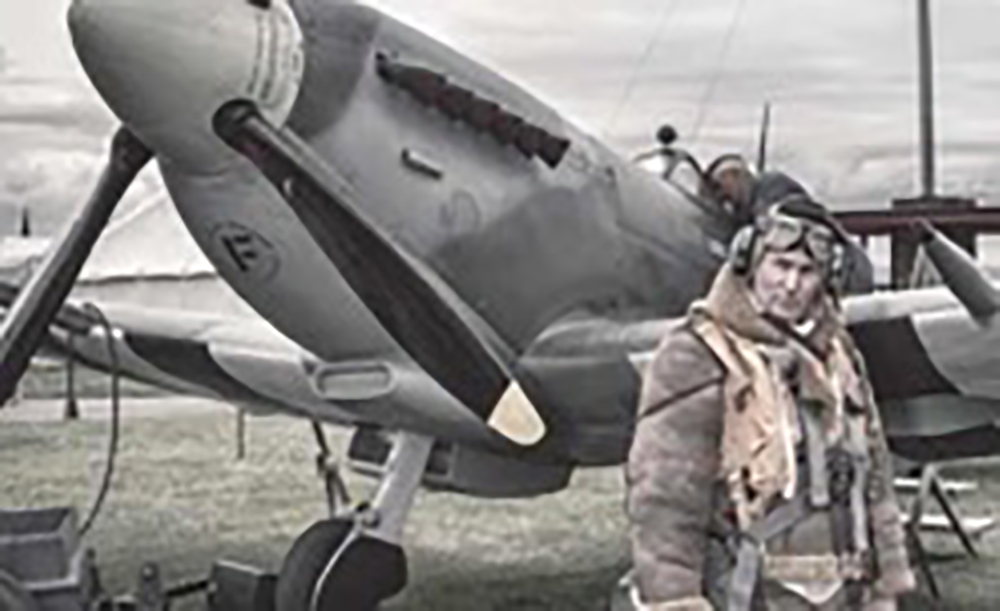 Andrew dressed in period flying gear standing next to one of the replica Spitfires he has helped complete.

To raise funds for this project a surplus replica spitfire was purchased from the MOD disposals office, which after restoration, was used to promote this cause at various events around the UK and Europe.

Some years ago, at one event, the Howarth 1940’s weekend, Andrew was asked if it was possible to sit in the cockpit of the display aircraft brought to the event, and have some photos taken.

At future events and to date, it was decided to continue this as a means of raising additional funds by way of a small charge.

Andrew has worked in the aerospace industry for over 30 years, during which time has been based in the Middle East, Africa and more recently the UK.

Half of this time, has been as a ground school technical instructor on fast jet fighter and advanced trainer aircraft for well known aerospace company. He has also recently worked on advanced fast jet fighter simulators.

Until recently, he was an adult civilian volunteer with the Air Cadets during which time he built for them two standalone flight simulators supplementing simulation parts with real aircraft parts. Andrew is one of the founding members of the Lytham St Anne’s Spitfire Ground Display team.

This lead to the idea of populating the cockpit with real aircraft parts to further enhance the experience.

“It was quite rewarding to be given a seal of approval from a wartime spitfire pilot after he closed his eyes and proceeded to touch various items as he went through his start up checks in the cockpit.”

From the enthusiasm of the public being able to get up close to a spitfire, (even a replica), I came up with the concept of a populated cockpit with working switches, instruments radios, lights and intercom and integrating these with flight simulation games thereby enabling people to experience the atmosphere of flying a spitfire, without the considerable expense of a real one.

In addition, period flying clothing to wear further enhances the immersive experience of flying this iconic aircraft, from climbing in, strapping down and going through the checks and functions to start engine, taxi and getting airborne. After six years the project has been accomplished and now is co-located with the display of the Lytham St Anne’s Spitfire Ground Display Team at Hangar 42 Blackpool Airport. 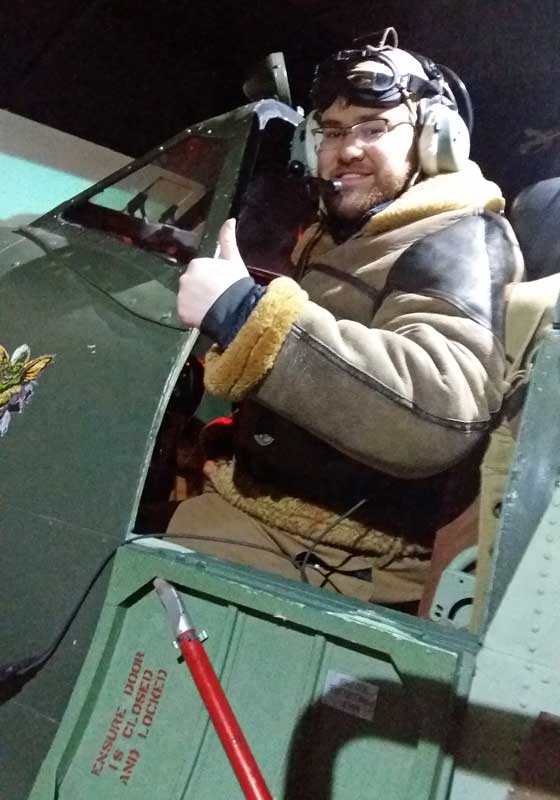 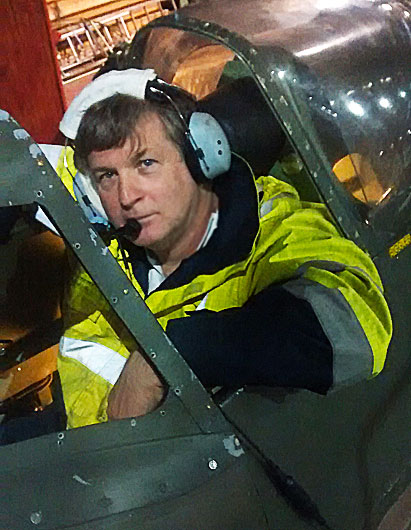 Ian is self-described flying machine enthusiast. A product of an inquisitive childhood which was soon followed by over 30 years serving in the armed forces. He shares Andrew’s spitfire passion and has been there through the years to assist where possible whether he wanted to or not because among the other endearing qualities that the Spitfire simulator possessed, he is also Andrew´s brother.

There come times when additional hands are required, be it as an enthusiast, or as a brother this has meant Ian has also played a role in bringing this fantastic vehicle to a wider audience. 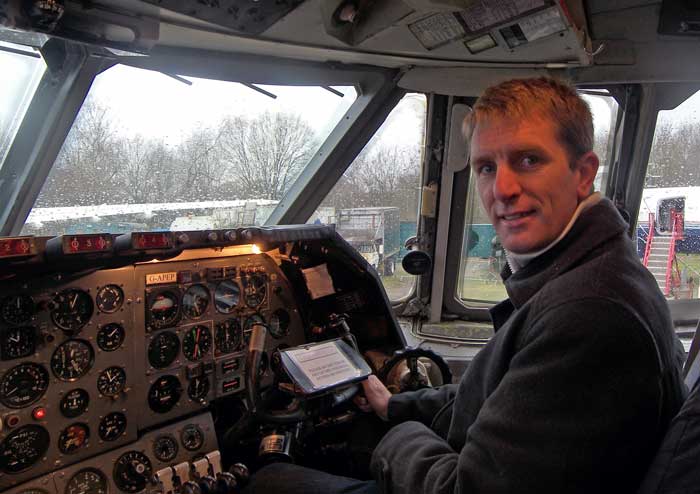 Andrew Watson in front of the control wheel of the Concord located at the Brooklands Museum, Surrey.

Andrew Watson is a Marketer and Web Designer who worked in the team for this website, and who is also a lover of amazing aircraft. With hundreds of logged hours flying as a hobbyist, the project to grow the Spitfire fanbase by assisting with better imagery and presentation was a welcome protect for Andrew.

The whole web design team were inspired to create a very unique feel with custom 3D imagery of the Spitfire simulator with the correct livery to give visitors the sense of excitement provided by the opportunity to have a simulated flight in this iconic plane.